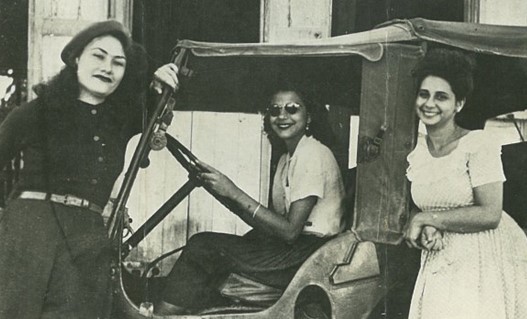 November is a time when we remember those who are no longer with us… whether it be through recognition of the “eleventh hour of the eleventh day of the eleventh month” or the Christian calendar, which calls November the “Month of Remembrance”.  Many readers too will have encountered the Mexican tradition of “Day of the Dead”.  For those who work in the area of promoting women’s safety, it is also the month when we pause to remember the United Nations General Assembly’s declaration in 1999 of the International Day for the Elimination of Violence against Women.

In more recent years, the 25th November is marked by many as White Ribbon Day, a time to challenge men to speak out against violence against women.  This campaign began in 1991 when Canadian men commemorated the second anniversary of the Montreal Massacre.  Yet the origins of the 25th November as a day to “remember” are much older, and this date has been observed in Latin America, since at least 1981, as the “Day for Non-Violence Against Women”.

It was in July of 1981 that the first Feminist Encounter of Latin America and the Caribbean was held in Bogotá, Colombia.  At this conference the 25th November was selected as a day of commemoration, a tribute to the lives of the Dominican Republic’s Mirabal sisters, murdered in 1960.  The decades since the deaths of the Mirabal women had seen Latin America dominated by dictatorships and military rule, and consequently violence against women was prevalent not only in the family and community, but also perpetrated by state security forces.  So it is unsurprising that “women delegates at the (1981) conference denounced domestic violence, rape and sexual harassment as well as violence against women perpetrated by the State, including torture and disappearances of women political prisoners” (Robinson 2006a).

Who were the Mirabal sisters?  The women were known throughout their homeland by their code name, “las mariposas,” (meaning “the butterflies”).  They were born into privileged circumstances: Patria in 1924, Dedé in 1925, Minerva in 1926, and María Teresa, nine years later.  While the older girls were quite young, Rafael Trujillo became the dictator of the Dominican Republic in 1930.  His reign was brutal, and thousands of those who opposed him were tortured and killed.  When he was a young adult, after discussion with her family, Minerva decided to resist Trujillo’s regime and with her sisters she joined an underground movement.

Meanwhile, Minerva studied law, and although she was awarded her degree, she was denied a license to practice, because she had rejected Trujillo’s sexual advances (Robinson 2006).  It has been suggested that this refusal drove Trujillo’s obsession with humiliating her: “a psychological war of fear… abuse and sexual harassment became an instrument used by Trujillo against women such as Minerva and their families.  It constituted a manifestation of absolute power.” (Robinson 2006a).

The Mirabal sisters went on to marry men who were also opposed to Trujillo and the women and their spouses experienced repeated imprisonment, and on occasions, the men were tortured.  On 25th November 1960 Patria, Minerva and María Teresa visited their gaoled husbands, and upon their return, Trujillo’s henchmen intercepted their car on an isolated mountain road.  Accounts vary as to what happened next, but the result was indisputable (Pineda-Madrid 2011; Robinson 2006a).  The three sisters, and their driver, were either beaten and/ or strangled to death by the secret agents, and their vehicle was thrown off a cliff to feign an accident.

The following year Trujillo himself was assassinated.  Manley (2012) notes that although other women were far from absent from the transition that led to Trujillo’s murder, it is arguable that the slaying of the sisters was the breaking point for his long dictatorship: this was an assault on Dominican national morality, the women’s deaths representing Trujillo’s failure to “protect the sanctity of the home, embodied symbolically by women and women as mothers”.  The fourth butterfly, Dedé, passed away in 2014, at the age of 88.  Her life was dedicated to ensuring the enduring of her sisters’ legacy, and caring for their six children.

Historical research has failed to gauge the importance of this single event in galvanizing national sentiment against Trujillo, who was assassinated six months later. This might be attributed to the fact that they were seen as women who did not measure up in importance to other events… in determining Trujillo’s downfall. Nor has their legacy been seriously examined until recently, despite the fact that they left a very deep imprint on Dominican consciousness: virtually all Dominican towns today have some commemorative marker, school or main street bearing their names. (Robinson, 2006b, 173)