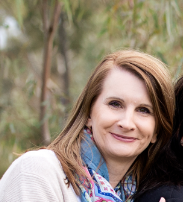 This project explored risk and protective factors for violence and incarceration for men in North Queensland, including Cape York and the Torres Strait Islands.

Interviews were conducted with 39 participants, including 19 prison inmates. Two thirds of the sample identified as Indigenous Australian. The most common risk factor themes mentioned included adverse family and childhood, mental health, personality, peer group/social influences and witnessing or a history of violence. The most common protective themes included positive childhood role models and mentors, personal attributes, and family and childhood experiences. Further, for inmates, a common trajectory from trauma to incarceration was identified. This included experiencing childhood or adolescent trauma, a lack of support or treatment, substance abuse to mask the pain, and a ‘brain snap’ leading to violent offending and incarceration.

This was one of the first explorative studies of this kind conducted in North Queensland with Indigenous and non-Indigenous Australians, including prison inmates. Early intervention and treatment efforts focusing on young males, particularly users, or those at risk of using cannabis, may assist to reduce violence and incarceration rates for future generations in this region. The importance of social determinants, including childhood upbringing and experiences, and education to a tertiary or vocational level were highlighted in this study. The socioeconomic indicators of regional and remote communities, particularly Indigenous communities, are often far worse than urban populations, with little or no constructive economic activity, educational, or employment options available. Assisting men to gain meaningful employment, identifying needs, and developing individual strengths to reduce offending and incarceration may allow more men to become constructive, functioning contributors to society.