The Queensland Indigenous Family Violence Prevention Forum (QIFVP) is an event dedicated to celebrating the work done by Aboriginal and Torres Strait Islander people in preventing and responding to family violence. It is an opportunity for Aboriginal and Torres Strait Islander workers to come together and learn from, share with and inspire each other.

The QIFVP highlights strategies and programs that could be used effectively by others, with discussions that relate to working with men, women and children who are either victims, or perpetrators, of domestic and family violence. The theme for the Forum this year was ‘Standing Strong’,  it was held on the 16 & 17 May.

Dr Heather Nancarrow is the CEO of Australia’s National Research Organisation for Women’s Safety (ANROWS). For more than 35 years, Heather has worked to address violence against women, including in community services and advocacy, policy and research. She was foundation Director of the Queensland Centre for Domestic and Family Violence Research (2003-2014) and previously worked in the Queensland public service (Office for Women and Department of Communities), and the community services sector. In 2008-09 she was Deputy Chair of the National Council to Reduce Violence against Women and their Children, which produced Time for Action, the blueprint for COAG’s National Plan to Reduce Violence against Women and their Children 2010-2022. In 2014-15 she was a member of the Queensland Premier’s Special Taskforce on Domestic and Family Violence, which resulted in the report Not Now, Not Ever, and a raft of major reforms in Queensland.

Dr Kyllie Cripps is a Scientia Fellow and Senior Lecturer in the Law Faculty at the University of New South Wales. Kyllie is a Pallawa woman who has worked extensively over the past twenty years in the areas of family violence, sexual assault and child abuse within Indigenous communities, defining areas of need and considering intervention options at multiple levels. She has led three major Australian Research Council grants in the areas of Indigenous family violence including one defining and contextualising, Indigenous and non-Indigenous, community and service sector, understandings and practices of partnerships in the family violence sector. A further ARC grant with fellow CI’s Professor Megan Davis and Professor Annie Cossins explores ‘The role of cultural factors in the sentencing of Indigenous sex offenders in the Northern Territory‘. Kyllie is lead author of the National Community Attitudes Survey (NCAS) report on findings from the NCAS related specifically to Aboriginal and Torres Strait Islander survey participants.

Samantha is a proud Wakka Wakka and Australian South Sea Islander woman and draws from her own personal experiences to influence and inspire change for Aboriginal and Torres Strait Islander communities. Samantha is the Indigenous Integration and Development Coordinator at the Queensland University of Technology. She is also Director of Awakening Cultural Ways, focusing on Aboriginal and Torres Strait Islander policy and program development in relation to social and emotional wellbeing, mental health and cultural healing frameworks.

Karla is a Senior Practice Advisor at Our Watch, where her role focusing on Aboriginal and Torres Strait Islander women and young people recently completed research and consultation as a member of the Policy team on Changing the Picture: A national resource to support the prevention of violence against Aboriginal and Torres Strait Islander women and their children. The resource is designed to contribute to the development of culturally safe and appropriate solutions to the prevention of violence against women. Before joining Our Watch Karla worked in Brisbane, Queensland in Indigenous Health on projects that focused on empowerment of Aboriginal and Torres Strait islander girls and women to make informed decisions about their health and well-being, including through discussion about respectful relationships. Karla is also currently completing a Bachelor of Arts, Sociology major at Victoria University.

Project Manager with 1800RESPECT in the Disability Referral Pathways project, Hannah provided an overview of the work on 1800 Respect, including its national consultations with people with disability, and those living in rural and remote communities. She acknowledged the 1800Respect National Sector Advisory Group and shared the feedback of Aboriginal and Torres Strait Islander women who stressed that they need to be at the table when considering issues affecting their communities

Read about the Community Presentations here. 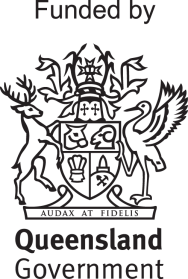 Dr Jackie Huggins AM FAHA is a Bidjara (Central Queensland) and Birri-Gubba Juru (North Queensland) woman from Queensland who has worked in Aboriginal and Torres Strait Islander affairs for over thirty years. Jackie is a celebrated historian and author who has documented the lives of Aboriginal and Torres Strait Islander people throughout the decades. In 2001, Jackie received the Member of the Order of Australia for services to the Aboriginal and Torres Strait Islander community. Throughout her career spanning over four decades, Jackie has played a leading role in reconciliation, literacy, women’s issues and social justice. Jackie holds a Bachelor of Arts from the University of Queensland and Flinders University (with Honours), a Diploma of Education and an Honorary Doctorate from the University of Queensland, and another Honorary Doctorate from Central Queensland University. Jackie has had a long and distinguished career in public service and professional achievement

Desmond Campbell Department of the Attorney-General and Justice

Based in Darwin, Desmond is the descendant of the Nglakan people of Ngukurr in south east Arnhem Land and Gurindji from central Australia. Desmond has worked in the public sector, often as a conduit between community and government, on community based programs. Recently he developed and is implementing a Gender Equity Strategy for the Northern Territory Attorney-General and Justice Department. Desmond works as a Safety Assessment Officer for the Northern Territory; and is actively engaged with men, especially Aboriginal men, to be leaders against domestic and family violence. In addition to being Chairperson of the NT Youth Minister’s Youth Justice Advisory Committee, Desmond has participated in policy reform and contributed to the Northern Territory Domestic, Family and Sexual Violence Reduction Framework 2018-2028. He is a strong advocate for community-led, Aboriginal-led approaches to educating and breaking the cycle of domestic and family violence.

Click here to see more highlights from the QIFVP Forum 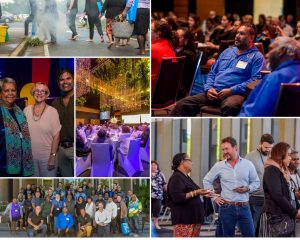